Donna Roberts, ACRA, A Childs Rights Association, Advocate responded with a comment on this article: 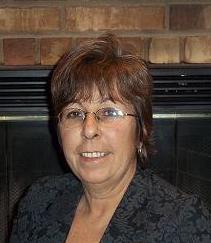 
I personally spoke to Mr Grissom last year on the telephone, I expressed my concerns for children who have been sexually abused and the abuse covered up by the child protection system, no protection and no justice for these children. What really concerned me is when he said it was a "State Issue" I understand many things are, but the sexual abuse of a child is also a Federal Crime under the Adam Walsh's Act.
His other response to me was that they have saved thousands of children, like its ok that we fail one child, that this one child's life is not as important because they save thousands, tell this to the children who are suffering today because of the cover up within our own state.
Every child should be protected and if the state is failing to do so then our US Attorney should have some power to ensure these children are protected and get justice. Just because a parent is the child molester should not make the crime any less heinous than if it was a stranger. In fact it is worse, because most stranger crimes are committed one time to the victim and in cases of children being forced to live with sexual abuse the crime is being committed on a daily basis. Children who live in these homes have no escape, they are held prisoner by our own government entities, they are held prisoner and abused and this is a crime in itself, it is a clear violation of Human Rights, Victim Rights and a Violation to their constitutional rights to protection.
All across this Nation and right here in Wichita/Sedgwick County Kansas, Judges and individuals involved in the child protection system betray molested children seeking protection from an abusive parent by putting them in the hands of their molester/abuser.
I have all the evidence to back everything I write, the problem is that no one is willing to look at the evidence instead they are sacrificing the lives of children and turning a blind eye to the sexual and physical abuse. What good is it to have law enforcement and child protective services, judges, district attorney's ect when the laws are NOT being enforced and when a child has to live their whole childhood sexually and physically abused because the system protected the child molester? I am so disgusted with our child protection system in Kansas, I am a mother who's daughter fell victim to a sexual perp when she was only 5 years old, my daughter was raped, kidnapped, sexually exploited, drugged and more. Sure this perp was prosecuted, sure he is prison today, and as Mr. Grissom said,"the system worked in my daughters case".
So once again, since it worked in my daughters case it excuses the wrong in these other children's cases? Mr. Grissom, why didn't you even take the time to look at the evidence I have of wrong doing in cases of child sexual abuse? Why isn't the life of these children worth a few minutes of your time? One thing we all have to remember, these children will not stay children then they will speak out and they will tell of how our child protection system in Kansas failed to protect them.
Taking children from an NON-ABUSIVE home where the children have at least one parent who tried to protect them and then the system turn around and take the child/children and give SOLE CUSTODY to the child molester/abuser, what kind of system does this? Corrupt system, people who work together to protect the abuser and silence the victim.
I have been speaking out on this issue for 6 years and will continue to do so until someone listens, these children have been re-victimized by a system that covers up the sexual and physical abuse of children.
I have a law that will be presented this year, it is called the "Kansas Protective Parent Reform Act", this is just the beginning of what needs to be done to truly protect children who are victims of intra-familial abuse.
The bottom line is what is happening in the Penn State case is happening right here in our own backyards, the only difference is that its the professionals involved in these cases who are doing the cover up and of course when you try and get help there is no help for these children, everyone wants to look the other way, turn a blind eye because how in the world would professionals do such a thing? Well, they do, and I have the evidence to back every word I say.
If you are a parent who has children who have not been protected email at achildsrights@att.net my name is Donna Roberts/Founder of ACRA-A Child's Rights Association, child activist.
Posted by Changing Kansas at 5:49 PM