Why doesn't the State do drug testing on foster placements?? 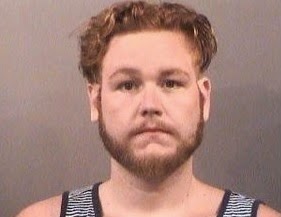 
The foster father charged with first-degree murder in the death of a 10-month-old girl who had been left in a hot car had been consuming marijuana earlier that day and went into the home to use more when he left her, District Attorney Marc Bennett said.
The disclosure came at a court hearing Friday afternoon in which Seth Jackson’s attorneys were seeking to modify his bond.
In giving some background for how prosecutors have approached the case, Bennett said that on the day of the child’s death, Jackson allegedly had been using marijuana in the morning and ran out.
Jackson had been transporting a 5-year-old and the 10-month-old. He allegedly went to a drug dealer’s house and bought more of the drug and went into the house to consume more marijuana, Bennett said.
Prosecutors believe Jackson was getting high during the 2 1/2 hours that the baby remained in the car, Bennett said.
Jackson, 29, was charged with first-degree murder Wednesday. The count alleges the girl’s death occurred within the commission of an inherently dangerous felony, according to the criminal complaint filed against him. The underlying crime alleged is aggravated endangerment of a child. The endangerment allegation means recklessly causing or permitting a child to be in a situation where his or her life is in danger, Bennett said Wednesday.
Also Friday, Judge Dave Dahl agreed to modify the conditions of Jackson’s $250,000 bond. The modification means basically that Jackson would have to pay a bondsman $5,000 instead of $25,000 to get out of jail.
Dahl also ruled that on or before Aug. 7, he would decide whether to release an affidavit that might provide more information about the allegations. The document, known as a probable cause affidavit, requires authorities to provide enough information justifying their case against a person. Neither the prosecutors nor the defense attorneys objected to the release of the full contents of the document.