Rick Pendland not only worked for Youthville as he was
ALSO sponsored as a foster parent for Youthville
Police Have Issued 2 Warrants For An Individual Who Is A Former Youthville Employee, Wichita Children's Home Employee, And Wichita School Teacher.
Pendland Has Multiple Accusations For Child Molestation 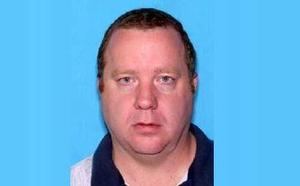 Noble "Rick" Pendland
﻿
﻿
"""There are numerous children who have alleged to have been victimized by Mr. Pendland," Arkansas City police Lt. Mark McCaslin said.
The children come from multiple families""" http://www.kansas.com/2011/09/19/2023785/arkansas-city-police-looking-for.html#storylink=misearch


Sedgwick County, KS has shown it's citizens how
"the best interest of child"
works here by placing children in the hands of pedophiles
By Melissa Scheffler KWCH 12 Eyewitness News

Rick Pendland only worked as a teacher in the Wichita School District for five years.  But he made quite an impression on Wendell Turner.  His grandson was in Pendland's sixth grade math class in 2006 at Hamilton Middle School.  But Turner said Pendland wanted to be more than just a teacher.
"He would call up and say, 'Barry do you want to go swimming with me?'  Grown men don't do that.  And, we wouldn't let him go,” Turner said.
The Wichita School District confirmed Pendland worked at Hamilton Middle from 2003 to 2008.  Turner says, during Pendland's last year in Wichita, he tried to foster Turner's two grandsons.
"When they said we couldn't have them, I said well then where are they going.  And they said that teacher is going to take them.  I said, no that teacher is not going to take them,” Turner said.
Turner says Pendland did not end-up fostering his grandchildren.  But Fact Finder 12 learned Pendland was a foster parent sponsored by Youthville.  The Wichita Children's Home also confirmed Pendland worked for that organization from 1986 to 1997 as a staff member.
Now, the Exploited and Missing Child Unit is looking into whether any victims are from Wichita.  We know when Pendland left Wichita in 2008, he was hired by the Arkansas City School District.  His employment ended in May 2010.  A month later, the Ark City Police Department started investigating Pendland after several children came forward reporting they had been molested.  Officers believe Pendland left Ark City when he learned he was being investigated.
Pendland remains on the run tonight.  He’s wanted on two warrants that include aggravated criminal sodomy and aggravated indecent liberties with a child.