WICHITA, Kan. (AP) - A federal judge has refused to dismiss a lawsuit filed by grandparents accusing a social worker of failing to protect a toddler who was beaten to death by her father's girlfriend.
U.S. District Judge Monti Belot ruled Friday that maternal grandparents Larry and Mary Crosetto had enough facts to overcome the state's claim of qualified immunity for social worker Linda Gillen.
The Kansas Department of Social and Rehabilitation Services argued that Gillen had "no duty to intervene" after she investigated a report claiming abuse and neglect of the 23-month-old Coffeyville girl, who died in 2008 as a result of head injuries.
The Crosettos sued Gillen in January, accusing her of gross negligence for not protecting their granddaughter despite repeated complaints alleging abuse. The suit does not name the agency as a defendant. 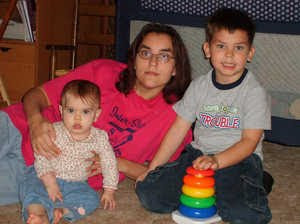 SRS: Social worker had no duty to protect child who later died

BY TIM POTTER
The Wichita Eagle

An attorney for SRS also contends that because the girl was not in the agency's custody, the state owed no duty to protect her.
The arguments revolve around the case of 23-month-old Brooklyn Coons. Her father's meth-addicted girlfriend was convicted of murder after the girl died from brain injuries caused by her being violently shaken. Melissa Wells Coons is serving a life sentence.
Brooklyn's grandparents, Larry and Mary Crosetto, say they met with Linda Gillen, a veteran SRS social worker based in Coffeyville, and told her they thought Brooklyn was being abused and could be killed if she wasn't removed from the home of her father and his girlfriend. The Crosettos say they offered Gillen evidence but that she refused to act because of a grudge against them.
The legal argument that the social worker had no duty to protect Brooklyn doesn't sit well with her grandfather.
"I thought this was her job," said Larry Crosetto, who is suing Gillen in federal court.
The SRS arguments are in response to the lawsuit the grandparents filed in January. The lawsuit seeks more than $75,000 in damages.
"What we hope to do is get SRS to act in these situations ... and prevent it from happening to another family," Crosetto said.
Brooklyn's death is one of several across the state where families have accused the state Department of Social and Rehabilitation Services (SRS) of failing to protect children who were killed.
Child abuse or neglect has taken a heavy toll in Wichita, where police investigated eight child homicides in 2008. Seven of the eight deaths occurred from abuse or neglect by caregivers, police said.
In the past six months, several more suspicious child deaths have occurred in the Wichita area, raising more questions about the SRS role in protecting children.
SRS answers suit
In federal court documents defending Gillen, the social worker, SRS staff attorney Danny Baumgartner cites a U.S. Supreme Court case finding no constitutional duty of government to protect a child from violence committed by an individual.
Baumgartner also argues that Brooklyn was not in SRS custody, so SRS owed no duty to protect her.
The SRS defense is based partly on the idea that while government has a duty to the public at large, it can't be held liable for protecting one person from another individual unless special circumstances exist.
The situation limits government's exposure to liability.
But Larry Crosetto said the argument that government has no duty to the individual doesn't seem right to him.
"If it is the responsibility of government to protect the public, who protects the individual?"
The Crosettos' attorney, Randy Rathbun, argues in court documents that Gillen held a years-old grudge against the Crosettos that caused her to ignore reports of abuse from them and not follow her duty to protect the girl from her father's meth-addicted girlfriend, Melissa Wells Coons.
Brooklyn's mother, Angela Coons, died at age 24 in 2007 after a sudden illness. Brooklyn's death was the Crosettos' second loss.
The grandparents' lawsuit says that Gillen refused to accept photographs showing bruises on the girl a month before her death, which Gillen denies in court documents.
Court documents say, without elaboration, that the Crosettos believe Gillen held a grudge over their adoption of their daughter Angela years earlier.
SRS says Gillen has been employed with the agency since 1974.
The SRS response says Gillen denies having a grudge.
The SRS defense
In a court filing responding to the lawsuit, SRS attorney Baumgartner said (referring to the child, Brooklyn, as "B.I.C."):
* "Even assuming the imminence of danger, and even assuming Ms. Gillen knew about this danger (which Defendant denies), Ms. Gillen was under no duty to protect B.I.C. from a danger Ms. Gillen did not create."
* "Even assuming the 'animus' (which Defendant denies) Plaintiffs claim Ms. Gillen had against them, Ms. Gillen was under no duty to protect B.I.C. from third parties."
The SRS response says that the Crosettos seem to contend that once they met with Gillen about their concerns over Brooklyn, "their hands (and the Police's hands) were tied. This is far from the situation."
The document adds: "Ms. Gillen feels for Plaintiffs' loss, but with all due respect to Plaintiffs there is no Constitutional remedy for them here."
As a state employee, Gillen is entitled to "qualified immunity," SRS says.
Grandparents' case
In the court papers representing the Crosettos, their attorney Rathbun says, "This is not just another case of ... an overworked SRS employee and a report that fell through the cracks. Linda Gillen knew and hated Mr. Crosetto."
Rathbun also said that Gillen "carried a powerful animus that resulted in her refusal to follow her duty and protect" the girl from her father's girlfriend.
The Crosettos' filings provide this timeline:
* On Jan. 17, 2008, Coffeyville police responding to a 911 call found Brooklyn unresponsive and in the care of the girlfriend. Police saw head injuries and bruises on the girl.
* The next day, police placed three other children from the home of Melissa Wells Coons and Randy Coons, Brooklyn's father, into protective custody because of "deplorable" living conditions and the injuries to Brooklyn.
* Three days after the 911 call, Brooklyn died in a hospital.
Before the 911 call, Coffeyville police did not take steps to protect Brooklyn because they "reasonably believed that the defendant (Gillen) was undertaking her statutory obligations to safeguard" Brooklyn and her brother, a court document says.
The Crosettos contend that Gillen took it upon herself to monitor Brooklyn's situation — causing other agencies that could have protected the girl to defer to SRS.
Recently, Brooklyn's father pleaded no contest to aggravated endangerment of a child. He faces sentencing July 1.
Gillen remains a social worker with SRS, the agency says.
Reach Tim Potter at 316-268-6684 or tpotter@wichitaeagle.com.
Read more: http://www.kansas.com/2010/05/16/1315895/srs-social-worker-had-no-duty.html#storylink=omni_popular#ixzz0o6qG4W3M

More on this story to be found on the following links:
Coffeyville couple sues SRS worker after granddaughter's beating death
January 24, 2010
BY TIM POTTER
The Wichita Eagle
Read more: http://www.kansas.com/2010/01/24/1150653/coffeyville-couple-sues-srs-worker.html#ixzz0o6qcPbzV